MG-SOFT NETCONF/YANG Python Scripting System is a powerful and easy-to-use NETCONF client scripting framework that enables retrieving and manipulating the configuration of any NETCONF server device from Python scripts. Scripts can be used for automated testing of NETCONF devices, as well as for monitoring and configuring NETCONF devices in an automated fashion.

The software lets you take any standard or vendor specific YANG module and use the bundled YANG2Py Generator tool to generate the corresponding Python classes from it that allow you to compose scripts for testing or manipulating the respective configuration model in a rapid and convenient manner (e.g., using typical IDE editor features, like code-completion, go-to-definition, find-usages, etc.). 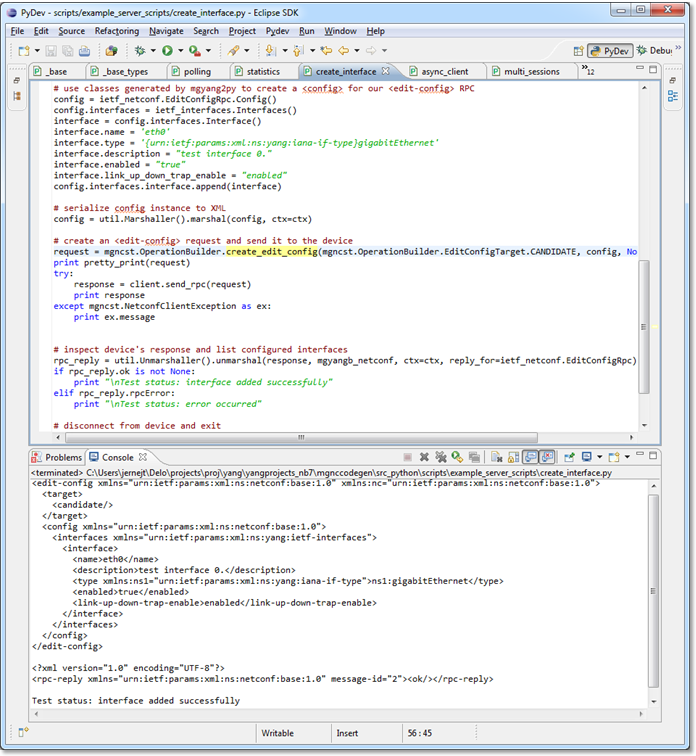 The bundled scripts enable testing some of the standard operations and capabilities of NETCONF devices (get, get-config, edit-config, get-schema, notifications,... ) and serve as examples for creating user-written scripts. Using this framework, users can rapidly produce scripts that contain other standard and proprietary NETCONF RPC operations in order to test or configure any NETCONF enabled device in the network based on its YANG-defined configuration model. 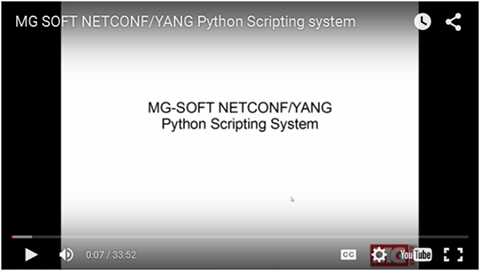 Please refer to the Main Features page for more information about the scripting system.